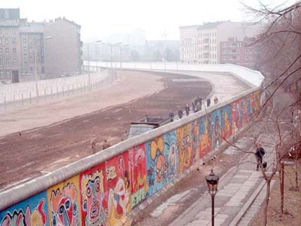 ”The new regulations were to take effect on November 10. Günter Schabowski, the East German Minister of Propaganda, had the task of announcing this; however he had been on vacation prior to this decision and had not been fully updated. Shortly before a press conference on November 9, 1989, he was handed a note that said that East Berliners would be allowed to cross the border with proper permission, but gave no further instructions on how to handle the information. These regulations had only been completed a few hours earlier, and were to take effect the following day, so as to allow time to inform the border guards. However, nobody had informed Schabowski.
He read the note out loud at the end of the conference and when asked when the regulations would come into effect, he assumed it would be the same day based on the wording of the note and replied ”As far as I know effective immediately, right now”.

Tens of thousands of East Berliners heard Schabowski’s statement live on East German television and flooded the checkpoints in the Wall demanding entry into West Berlin. The surprised and overwhelmed border guards made many hectic telephone calls with their superiors, but it became clear that there was no-one within the East German authorities who would dare to take personal responsibility for issuing orders to use lethal force, so there was no way for the vastly outnumbered soldiers to hold back the huge crowd of East German citizens. In face of the escalating crowd the guards finally yielded, opening the checkpoints and allowing people through with little or no identity checks.
The ecstatic East Berliners were soon greeted by West Berliners on the other side in a celebratory atmosphere. November 9 is thus considered the date the Wall fell.

In the days and weeks that followed people came to the wall with sledgehammers in order to chip off souvenirs, demolishing lengthy parts of it in the process. These people were nicknamed ”Mauerspechte” (wall woodpeckers). 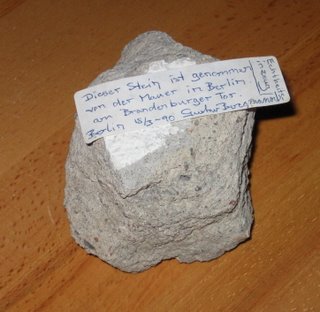 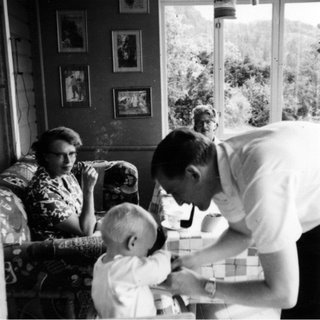 Construction of 45 km (28 miles) around the three western sectors began early on Sunday 13 August 1961 in East Berlin. That morning the zonal boundary had been sealed by East German troops. The barrier was built by East German troops and workers, not directly involving the Soviets