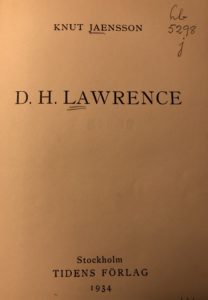 ”In the face of formidable initial disadvantages and lifelong delicacy, poverty that lasted for three quarters of his life and hostility that survives his death, he did nothing that he did not really want to do, and all that he most wanted to do he did. He went all over the world, he owned a ranch, he lived in the most beautiful corners of Europe, and met whom he wanted to meet and told them that they were wrong and he was right. He painted and made things, and sang, and rode. He wrote something like three dozen books, of which even the worst page dances with life that could be mistaken for no other man’s, while the best are admitted, even by those who hate him, to be unsurpassed.

Without vices, with most human virtues, the husband of one wife, scrupulously honest, this estimable citizen yet managed to keep free from the shackles of civilization and the cant of literary cliques. He would have laughed lightly and cursed venomously in passing at the solemn owls—each one secretly chained by the leg—who now conduct his inquest. To do his work and lead his life in spite of them took some doing, but he did it, and long after they are forgotten, sensitive and innocent people—if any are left—will turn Lawrence’s pages and will know from them what sort of a rare man Lawrence was.” 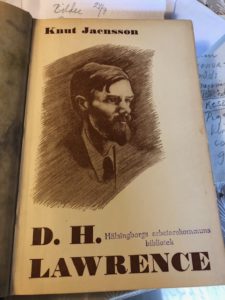